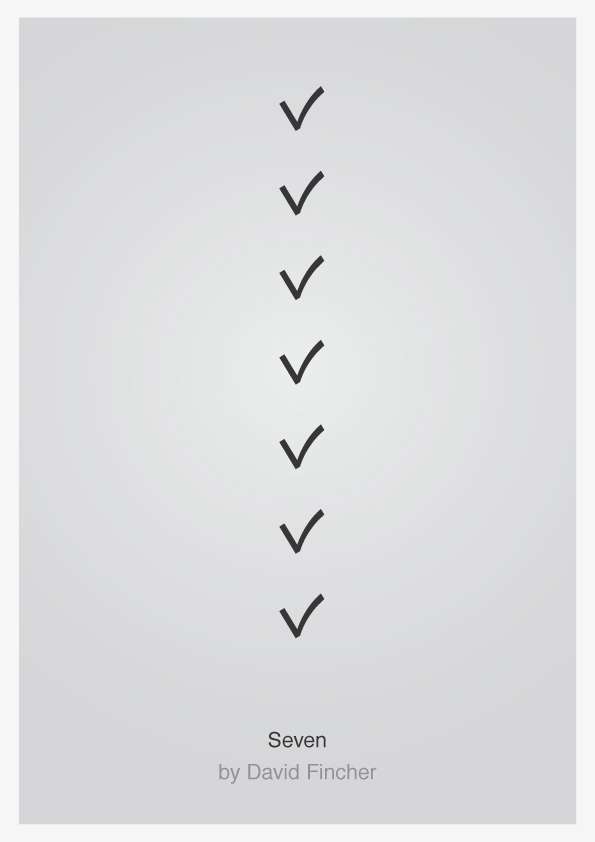 Jordan Sowunmi — May 30, 2011 — Art & Design
References: princehat.se & whitezine
Share on Facebook Share on Twitter Share on LinkedIn Share on Pinterest
Patrik Svensson is a 28-year-old Swedish illustrator and graphic designer with a passionate for art, movies, and music. This fervent passion for the arts has led him to create an interesting series of posters that deftly blends the three.

Patrik Svensson's 'Minimalist Typographic Posters' features visualizations of some of Hollywood's most iconic film, typically using only the first letter of the film's title as a base. For instance, the seven checkmarks in the movie poster for David Fincher's 'Seven' make a perfect number '7' if slightly rotated. The Karate Kid poster features two battling 'K's. For other posters, Patrik Svensson opts to use more general typographic characters to create the visual aesthetic he wants for the poster.

"I have always been a fan of designers that integrate with the viewer to create a sort of game together," Patrik Svensson said. "I always strive to leave some space for the viewer to fill."