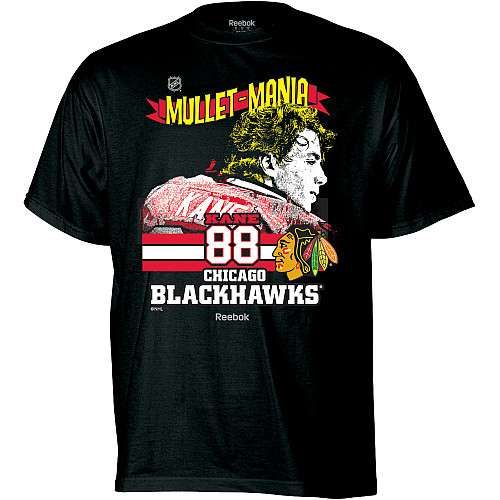 Marissa Liu — May 29, 2010 — Unique
References: sports.yahoo & shop.nhl
Share on Facebook Share on Twitter Share on LinkedIn Share on Pinterest
Get ready, because on Saturday, May 29th, the 2010 Stanley Cup Playoffs begin! To celebrate, the NHL has released the Patrick Kane Mullet Mania t-shirt. The Chicago Blackhawks star forward famously cut his blond locks into a "trashy" "business in the front, party in the back" style due to his much-mocked inability to grow facial hair.

Though Kane still sports near-translucent facial scruff, it is his hair style that has created waves. You can celebrate #88's decision to look like Billy Ray Cyrus with the Patrick Kane Mullet Mania t-shirt, which retails for $19.99.
4.5
Score
Popularity
Activity
Freshness
Get Trend Hunter Dashboard