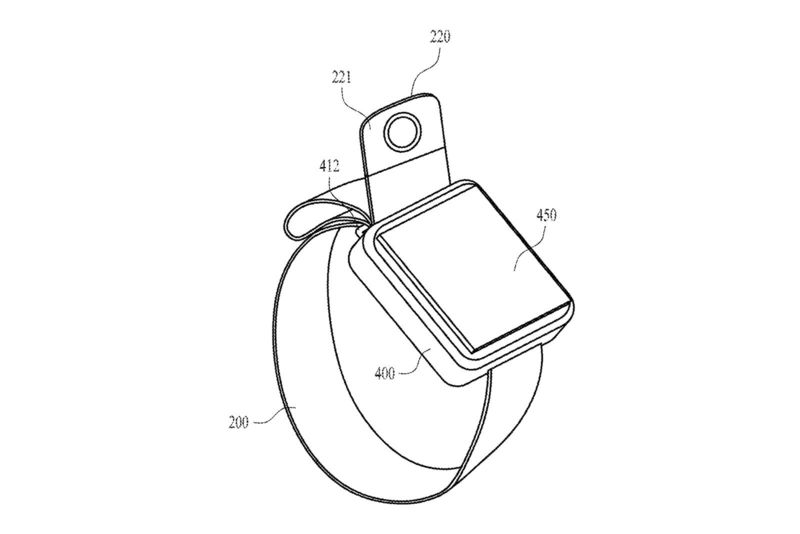 Daniel Johnson — June 28, 2019 — Tech
References: patft.uspto.gov & engadget
Share on Facebook Share on Twitter Share on LinkedIn Share on Pinterest
Apple's new patented smartwatch will have a band with a built-in camera, which is designed to be moveable. The camera is located in the smartwatch's loop band. This location will allow users to move the camera into any position they would like. The design could also allow for cameras on either side of the band, which would enable 360-degree image capabilities.

The camera is activated in a few different ways, including pinching the band, or pressing a button located on the band, or alternatively activating the camera through the device's interface.

Currently, the project is just a patent, Apple has not indicated any plans to take the project further. Because of this, there is no timeline to when consumers could see the patented smartwatch on the market.