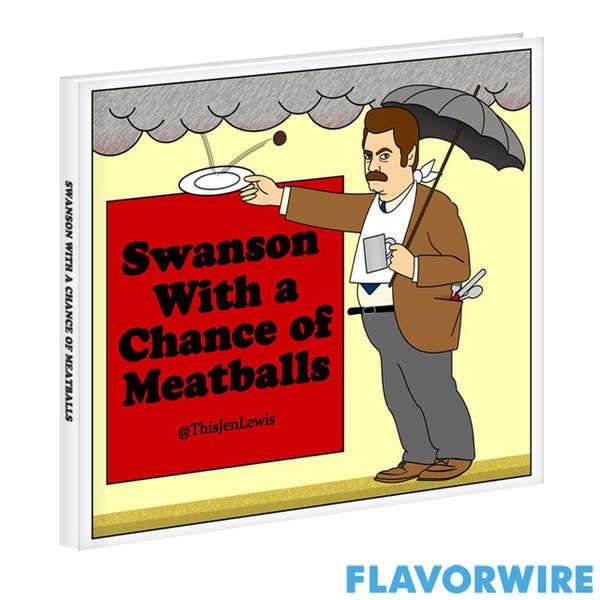 — July 2, 2013 — Pop Culture
References: flavorwire & laughingsquid
Share on Facebook Share on Twitter Share on LinkedIn Share on Pinterest
A new series by illustrator Jennifer Lewis will have fans of the NBC sitcom Parks and Recreation grinning from ear to ear, as it depicts the Parks and Recreation characters as the protagonists in classic children’s picture books. For instance, one of Lewis’s book covers shows the incomparable Ron Swanson wearing his iconic rib bib and holding an umbrella as meatballs rain down from the sky.

With these book covers, Lewis has created a series evokes both nostalgia for childhood stories and a love for Parks and Recreation. She plays off of each character’s dominant traits and injects each of her works with subtle jokes, making this series the perfect tribute to a hilarious show and its devoted fan base.