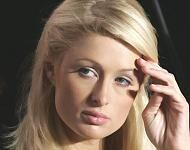 Juan Carlos Bonilla — March 30, 2007 — World
References: eluniversal.mx
Share on Facebook Share on Twitter Share on LinkedIn Share on Pinterest
Los Angeles authorities asked for the conditional freedom of the millionaire after driving imprudently to be revoked; she might be in prison up to 90 days The decision takes place when an investigation culminates on if Hilton violated the terms of her conditional freedom the past month by driving with a suspended license " We trust that we have sufficient evidence to prove that her license was suspended and that she was informed of this suspension ", said Nick Velazques, a spokesman of the office of the attorney of the county of Los Angeles, denying to detail the evidence due to the fact that the investigation is in course
In January, Hilton did not refute charges of driving imprudently under the effects of alcohol, derivatives of her arrest on September 7 in Hollywood. It was sentenced to 36 months of conditional freedom, an educational program on the dangers of the alcohol and forced to pay $1,500 dollars.
Hilton was arrested in Sunset Boulevard on February 28. The police said that they saw her blue Continental Bentley GTC going to high speed with the lights switched off. She was torced to pay because of driving with a suspended license. The spokesman of Hilton Elliot Mintz said that she did not know then that her license was suspended. On Thursday she denied to make comments about it.