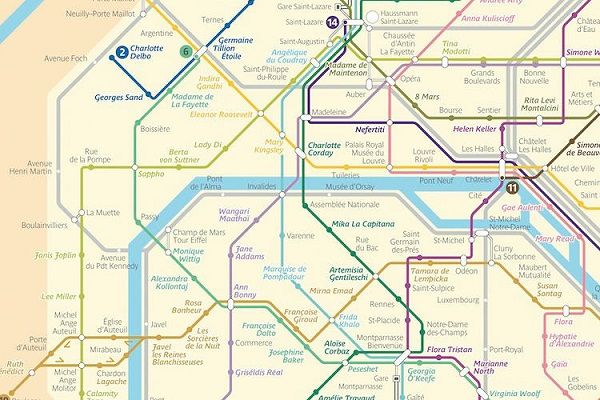 Megan Facciuolo — March 25, 2014 — World
References: silviaradelli.book.fr & designtaxi
Share on Facebook Share on Twitter Share on LinkedIn Share on Pinterest
The Paris Metro map has been redesigned numerous times, but this time it is in the likes of famous, historic women. French artist Silvia Radelli wanted to shine light on the fact that very few women have had a subway station named after them. She re-created this map, titled 'Métroféminin,' with every single station named after women who've made significant contributions to not only Paris, but the world.

Next time you're in Paris, hop on a Georgia O'Keefe-bound train or ride along the Hellen Keller line. The map is currently on display at Paris’s Galerie L'Aléatoire.
2.7
Score
Popularity
Activity
Freshness
Get Better and Faster