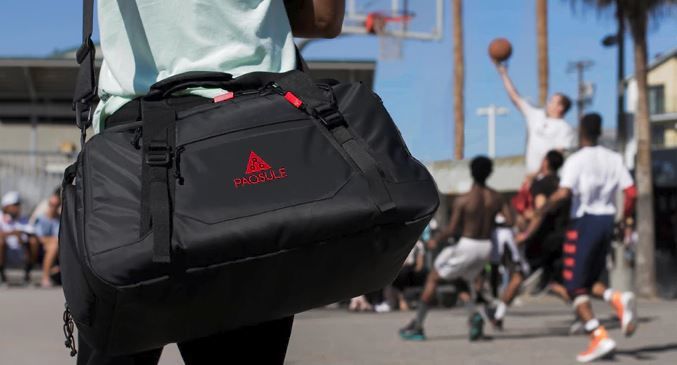 Joey Haar — March 20, 2017 — Lifestyle
References: kickstarter & engadget
Share on Facebook Share on Twitter Share on LinkedIn Share on Pinterest
The Paqsule gym bag makes the prospect of working out a lot more appealing for people trying to fit the activity into their daily routine. Going to the gym has its benefits, but odor certainly isn't one of them. Though it's a little unpleasant to think about, the same fact is true of everyone: people's used gym clothes stink. So much so that, for some, carrying around those used clothes during the regular workday is essentially out of the question. To breach this barrier to working out, those concerned about their nauseous bags can turn to Paqsule.

Though it looks like an average gym bag on the outside, Paqsule bags connect to an app that lets consumers activate a cleaning process. Once the bag is sealed, a tap in the app hits the soiled clothes with a combination of UV light and O3, commonly known as ozone or activated oxygen. In tandem, this chemical and light barrage removes 99.99 percent of bacteria and removes odor.
5.7
Score
Popularity
Activity
Freshness
View Innovation Webinars