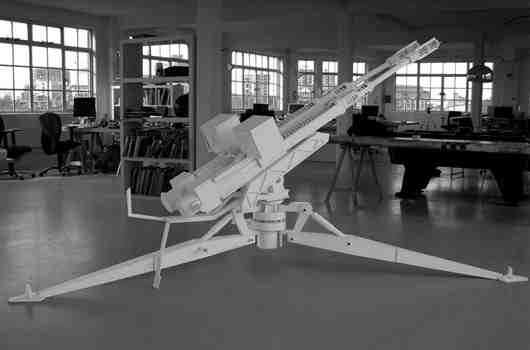 The exhibition - called Paper Wars - is in London and was organised by Postler Ferguson. The concept is that is "an exhibition of the Death Machines series of paper reproductions of classic weapons systems at Portobello Road's Craze Gallery."

It brings together paper kits from which you make guns, including the paper AK47 kit which was featured on Trend Hunter yonks ago (of course) and which can be bought for under £20 from magmabooks. It was published by Die Gestalten Verlag in 2007.

I thinks it looks pretty interesting, but it may be over egging the pudding. If you are passing Islington in London, it may be worth a look.

99 Avant-Garde Art Exhibitions
Culture Yourself, From War as Pop Art to Iconic Jumptography