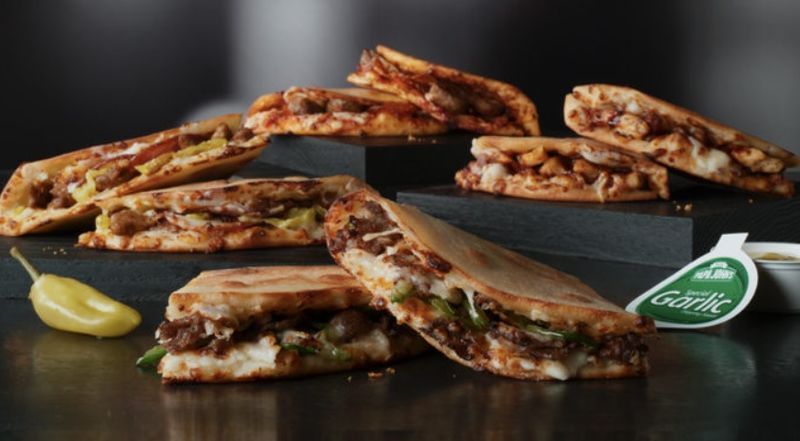 Papa John’s is Officially Adding Papadias to Its Menus Nationwide

Papadias are essentially a cross between a pizza and a sandwich. The dish starts with the chain's original crust, which is then folded in half and filled with toppings. The Papadias come in three different varieties, including the Italian Papadia, the Meatball Pepperoni Papadia, the Philly Cheesesteak Papadia, and the Grilled BBQ Chicken & Bacon Papadia. The Meatball Pepperoni Papadia and the Italian Papadia are both served with a side of pizza sauce for dipping, while the Philly Cheesesteak Papadia is paired with Papa John’s signature Garlic sauce. Finally, the Grilled BBQ Chicken & Bacon Papadia comes with a tangy BBQ sauce for dipping.