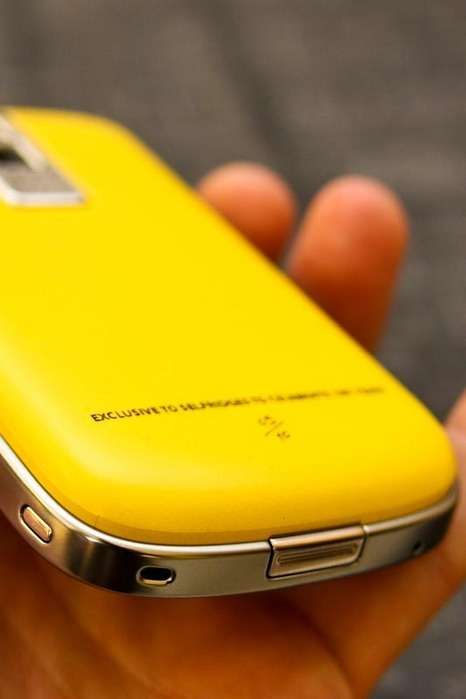 Bianca — April 30, 2009 — Tech
References: pocket-lint
Share on Facebook Share on Twitter Share on LinkedIn Share on Pinterest
If you've always wanted a canary yellow mobile phone, the Selfridges BlackBerry Bold will finally make your dream come true... but it'll cost you. The £1000 (about $1,500 U.S.) limited edition Selfridges BlackBerry Bold sounds like the type of gadget that would be hard to sell, especially with the global economic crisis, but the UK department store says they've already sold 60% of them. Oh, but I should mention only 10 were made.

Maybe the appeal lies in wanting to match the ubiquity of the bright yellow rain jackets the London rain prompts this time of year, but somehow, I'm inclined to think these vibrant mobiles are meant to make a statement of affluence. After all, anti-recession statements are almost as popular as openly credit crunched fashion.

"Clearly not affected by the recession, the six proud owners of numbers 1,2,3,7,8, and 10 get the Pantone 109 yellow backed handset complete with yellow number buttons and a certificate of authenticity in a black, and of course yellow, box," Pocket Lint says.