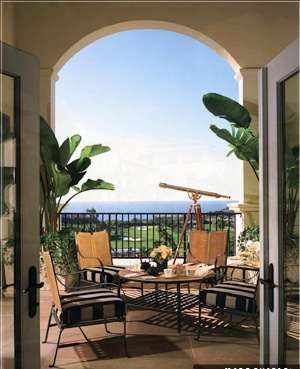 Sandra Winn — October 8, 2008 — World
References: foxnews
Share on Facebook Share on Twitter Share on LinkedIn Share on Pinterest
Just how does AIG deal with high level employees who were irresponsible and lied in the books, so much so that American taxpayer dollars were used to save their collective assets?  Why, you give AIG Executives a post bailout retreat at one the world’s most luxurious resorts, St. Regis in California.

In less than one week after the government bailed out AIG, which will cost taxpayers a whopping $85 billion, AIG spent $440,000 to pamper and coddle their top executives.  Immaculate greens for golfing, quaint poolsides, luxury dining, rooms in which a family of five could live comfortably, peaceful spas, and a plethora of other amenities were enjoyed.

Just the other day I read a story of a single mother who makes $9.25 an hour who, after paying bills, has less than $20 a week to feed her and her two children.  A couple of days ago, a father killed his mother-in-law, wife, three children, and himself because he couldn’t find a job.  Another story was of an elderly woman who shot herself (she lived) just as officials were on their way to foreclose on her home.

Yet, employees of one of the companies responsible for the financial downfall of not only America’s economy, but that has had a ripple affect on the financial markets of the world, were off on a dream retreat that cost more than most poor Americans make in a life-time.  I for one, am outraged.
1.8
Score
Popularity
Activity
Freshness
View Innovation Webinars