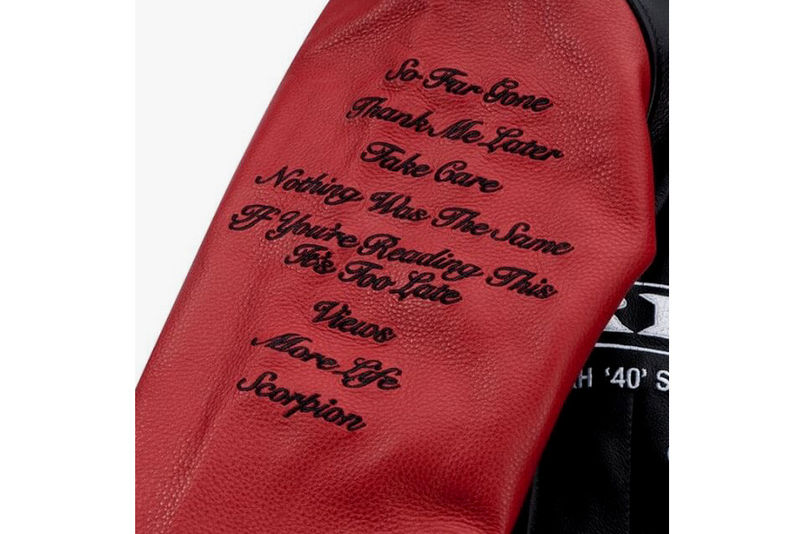 The OVO tour jacket features an elaborate design, with Drake's self-proclaimed nickname, "The Boy" included on a patch on one side of the chest, along with the Canadian, US, and UK flags. On the other side of the chest the OVO owl motif is included in a bold fashion. The name of the label, October's Very Own, is spelled out along the tops of the shoulders. Also featured on the jacket is the name of Drake's most recent album, 'Scorpion,' the year of its release, as well as the name of the tour, 'Aubery & The Three Migos.'