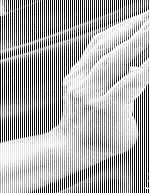 Jeremy Gutsche — September 30, 2006 — World
References: timesofindia.indiatimes
Share on Facebook Share on Twitter Share on LinkedIn Share on Pinterest
If you want to dedicate a mass to a loved one, it costs a little bit extra in the collection plate. Now, there's a less expensive alternative - outsourcing prayers to India. That's right, for about five bucks you can get a dedicated mass. Something seems wrong with this one.

From the Times of India:
Since the West probably calls the lord as often as it calls Citibank, it's only natural that India, the haven of cheap outsourcing must have a role in connecting first world Christians to their paradise. By offering five American dollars per holy mass, Western churches have been offloading special prayer requirements to Indian churches, especially to the several in Kerala. There is no information available on how many such prayers are being outsourced to India but Church officials guess that they could number hundreds in a year.

With the youth in developed countries reluctant to become priests because of its threat of hard life, churches in America and the United Kingdom are finding it difficult to fulfil all special prayer requests of the faithful. A Christian celebrates a prayer usually by offering a holy mass and for this ceremony, a priest is indispensable.
2.9
Score
Popularity
Activity
Freshness
Get Trend Hunter Dashboard