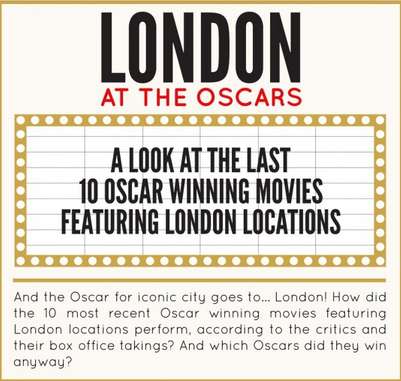 London is easily one of the world's most iconic cities. And as such, it garners a lot of attention when it comes time to make films. With such a diverse landscape, London is often masked to look like other cities. In Dark Knight, for instance, they shot parts of the movie in London, but told audiences it was Gotham City (which is a fictional city altogether). London even passed for Paris in the movie Hugo.

Other Oscar winning films that used London as a location include Finding Neverland, The Constant Gardener, The Bourne Ultimatum, The Queen and The Iron Lady.
1.4
Score
Popularity
Activity
Freshness
Attend Future Festival