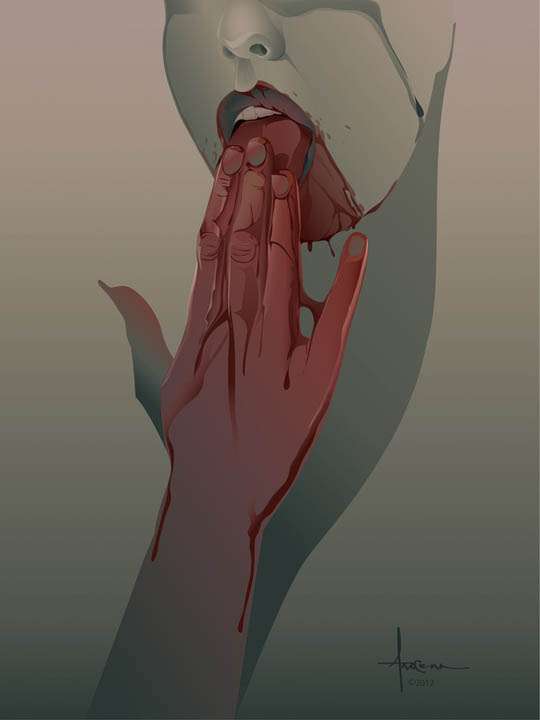 Andrew Robertson — April 17, 2012 — Naughty
References: olo409 & english.mashkulture.net
Share on Facebook Share on Twitter Share on LinkedIn Share on Pinterest
With Twilight about to release their final installation and the popular HBO show True Blood soon to make its 5th season premier, it would appear that pop culture isn't quite finished with the vampire craze. This series of paintings from Orlando Arocena's 'Apertif' collection illustrates the morbid seduction that has long been associated with the vampire mythos.

The vampire has gone through many makeovers since its debut with Bram Stoker's "Dracula." The original stalker of the night, unlike Eric Northman or Edward Cullen, did not possess any charming dapper appeal; however, Dracula's feminine counterparts did exude a hyper-erotic allure, drawing in their male subjects towards a seductively fatal demise.

Tantalizing and foreboding, we know we should turn away, but the allure of these crimson vixens is to hard to resist.
3
Score
Popularity
Activity
Freshness
Get Trend Hunter Dashboard