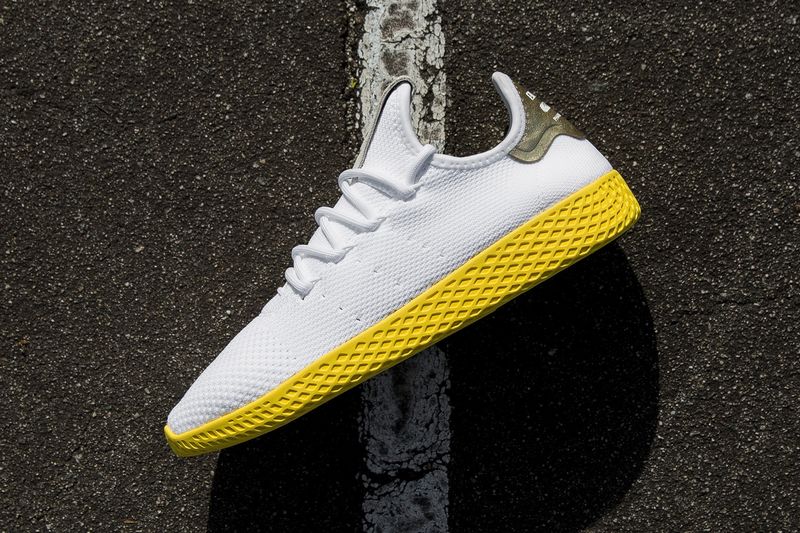 Pharrell Helped to Design Another Version of the Originals Hu Tennis

Riley von Niessen — May 20, 2017 — Fashion
References: deadstock & hypebae
Share on Facebook Share on Twitter Share on LinkedIn Share on Pinterest
After releasing a feminine snakeskin-soled version of the adidas Originals Hu Tennis model, as well as a series of fresh colorways for it, Pharrell joined forces with the German sportswear giant yet again to launch a pair that have crisp white uppers and bright yellow soles.

Like the other recent Originals Hu Tennis models, the uppers are constructed from the brand's popular Primeknit material, which allows them to be comfortable, flexible, and breathable -- making them perfect for the summer. On the backs of the uppers, a contrasting heel tab is featured which has a metallic sheen to it and sports the branding. Finishing off the model are the bright yellow soles that make the sneakers instantly stand out, which have grid texturing to add a little more variation.
5.4
Score
Popularity
Activity
Freshness
Access Advisory Services