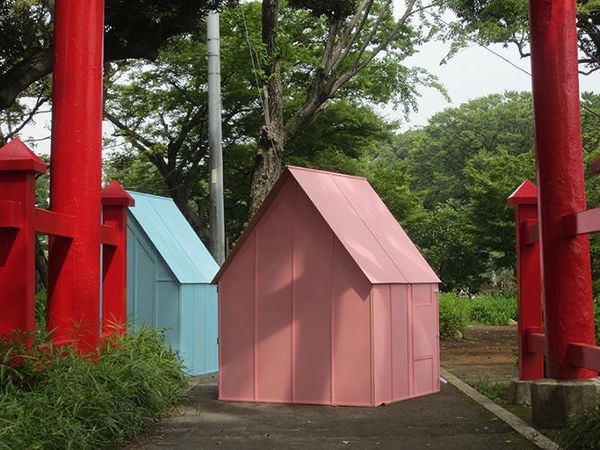 The Origami House by Architecture Global Aid is Ideal for Emergencies

Meghan Young — May 10, 2014 — Eco
References: facebook & fastcoexist
Share on Facebook Share on Twitter Share on LinkedIn Share on Pinterest
It is a sad thought to dwell on, but natural disasters appear to be getting worse with every year that passes, making creations like the Origami House a necessity. The Origami House is an emergency shelter that was introduced after the devastating earthquake that hit Japan. It was meant to be a temporary solution, but because of its ease to make and assemble, it took on a life of its own.

Designed by Architecture Global Aid, the Origami House is not just a great alternative to the bleak government issued shelters due to its spaciously peaked design, it is practical after the fact as well. It can be used as a table when put away as a shelter. Made out of wood painted bright colors, they float and are easily identifiable during floods.
4.9
Score
Popularity
Activity
Freshness
Get Better and Faster

Plastic Crate Shelters
These Shelters are Made with Easily Accessible Materials