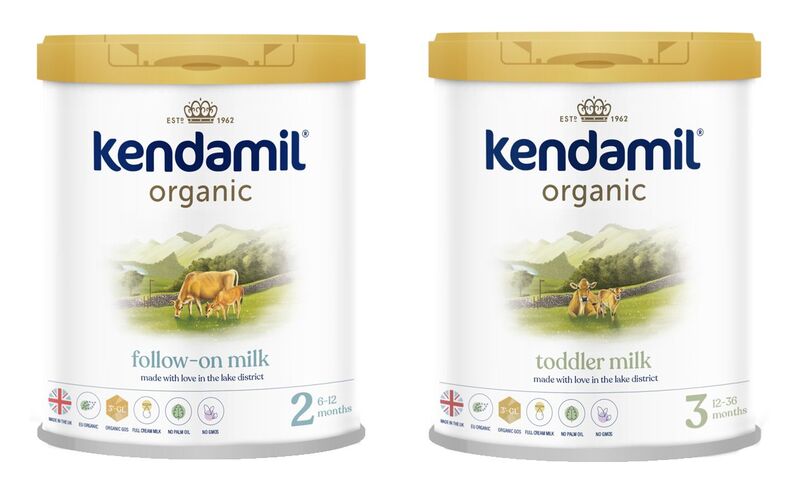 Michael Hemsworth — October 20, 2020 — Life-Stages
References: kendamil & foodbev
Share on Facebook Share on Twitter Share on LinkedIn Share on Pinterest
The Kendamil organic infant formulas have been released by the brand in the UK to offer parents new option for their little ones that is focused on their health needs. The products contain human milk oligosaccharides (HMOs), which are a major component of breast milk that aids with cognitive development in infants. The products come in two new options including follow-on milk and toddler milk for children aged six to 12 months and 12 months to 36 months, respectively.

CEO Ross McMahon spoke on the new Kendamil organic infant formulas saying, "When it comes to infant nutrition, breastmilk will always be best for babies. However, many parents will turn to baby formula at some point and at Kendamil, we are committed to providing the next best alternative to breastmilk in the world. We are extremely proud to be launching the world’s first organic formula featuring HMOs for the very first time, offering parents a baby formula that is the most like breastmilk on the market.”
4.2
Score
Popularity
Activity
Freshness
Jeremy Gutsche Keynote Speaker