Underwear Made of Wood 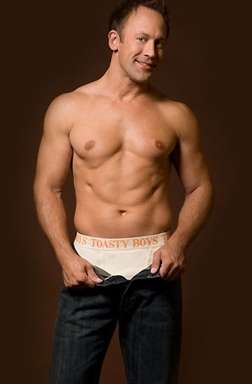 Keeping the Boys Warm and Cozy

Those who have tried the garment give it positive marks. The weave is a little looser than traditional thermal underwear. The looser fit is supposed to ensure that the boys will be warm, but not roasted. The underwear reportedly won’t leave patterns on the wearer’s butt, the way those waffle-weave thermals do. I think most of us would agree that unnatural butt patterns are not a desirable clothing side effect.

While Toasty boys are designed for cold winters, Bamboo Boys, a warmer weather version, are scheduled to debut in Spring 2009.

Anthony’s path to invention was very similar to the one Sara Blakely used for her now famous Spanx undergarments. Both Anthony and Blakely cut up traditional underwear to create their respective products, identified and filled a need or niche in their respective markets and came up with clever names. If Anthony is able to parlay his warm skivvies into Spanx-like cold cash, more than his boys will be feeling warm and happy.

You can check out Toasty Boys on the runway in the video above.
2.8
Score
Popularity
Activity
Freshness
Attend Future Festival Virtual