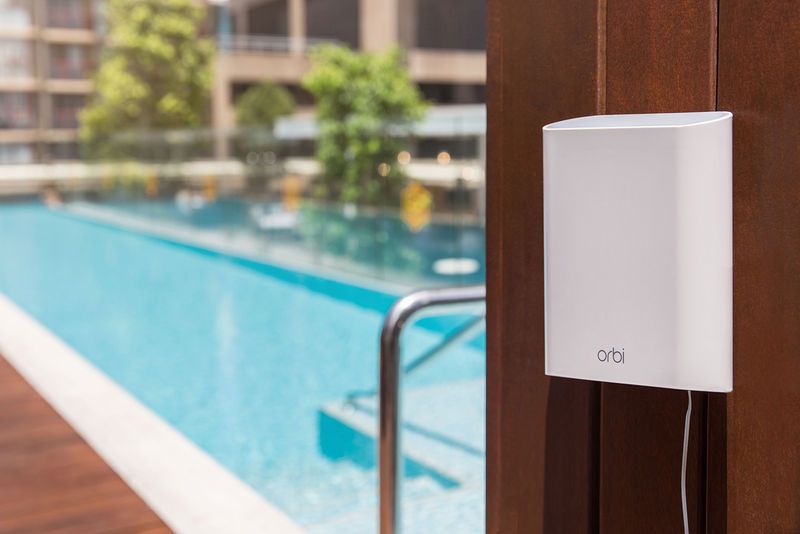 Joey Haar — January 3, 2018 — Tech
References: engadget
Share on Facebook Share on Twitter Share on LinkedIn Share on Pinterest
Mesh Wi-Fi technology offers consumers the ability to extend the range of their home network, but with the Orbi Outdoor Satellite, consumers need not even be limited by the boundaries of their homes. The new system, which has been announced by Netgear at CES 2018, is geared for use outdoors, allowing consumers to bring speedy, reliable internet access to any area of their property.

For consumers with relatively large properties, the Orbi Outdoor Satellite is a virtual necessity. Rather than a Wi-Fi extender that forces users to join a new network on the same plan, the Orbi mesh system is connected to a single network, so users can stay seamlessly connected when transitioning between inside and outside.

The new satellite node is IP56-rated, meaning that its capable of withstanding the rigors of outdoor existence, from sub-zero temperatures to water and dust.
1.7
Score
Popularity
Activity
Freshness
Get Better and Faster