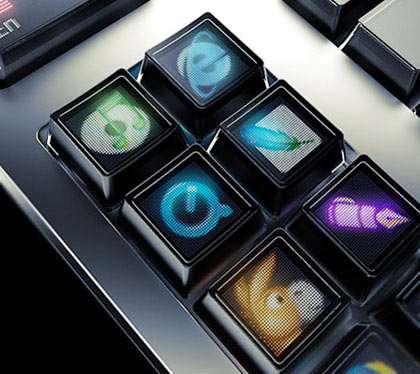 The Optimus Maximus pictures in the gallery show a remarkable display of brilliantly lit, colorful icons, each of which operates as an OLED display to reveal its function (whatever you happened to have customized it to do.)

It can be used with any language, from Ancient Greek to Arabic to Japanese hiragana, and perform a range of calculations and complex operations, depending what you want your Optimus Maximus keyboard to do.

Back in 2006, we had said, "Due to be released and mass produced this summer 2006, (practically on our doorstep), the Optimus OLED Keyboard designed by Artemy Lebedev is expected to cost around $200, although prices will eventually drop down as demand increases for the new technology."

Guess we were wrong.