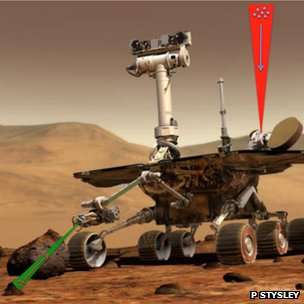 Whereas script writers and game developers have already toyed with the idea of zero point technology, it’s up to NASA and its newly developed fund to determine the feasibility of tractor beams. The idea seems far-fetched: use some manner of force to either repel or attract a designated target in relation to the beam’s source, but a steadily growing fund of $100,000 is at the disposal of NASA and the agency intends to implement the famous Optical Tweezer technique so that the International Space Station’s crew can more easily ferry personnel and equipment onto the orbital dock. The Tweezer works by using a hollow laser beam to exploit minute differences in air pressure, ultimately dragging or pushing away the object.

For the time being, the Optical Tweezer only works with an atmosphere, which deep space surely lacks—it’ll only be a matter of time before we’re being dragged to the Moon by a single laser beam!
0.4
Score
Popularity
Activity
Freshness

Weather-Predicting Probes
The SMOS Probe May Pinpoint Floods and Droughts