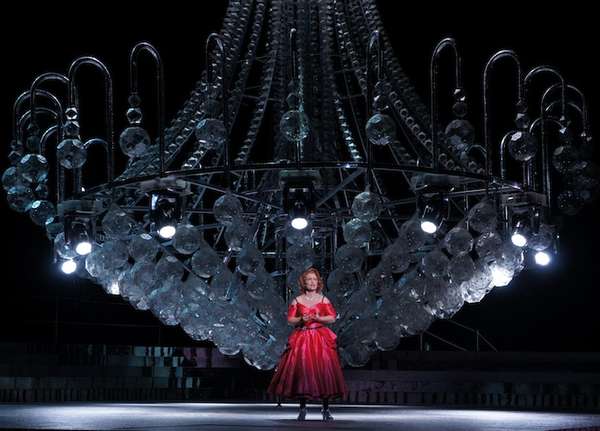 The Opera Australia Chandelier by Brian Thompson is Spectacular

The opera house worked alongside a company called Events NSW to create a custom built stage over water for the 'La Traviata' production. It took $11 million dollars to put the show together, along with a 570 member crew, 60 volunteers and 140 artists.

The chandelier played a huge role throughout the show, and it's actually completely functional. People love to be entertained, and artists love to push the boundaries to create visual pieces that will spark amazement in viewers, and that's exactly what this massive lighting fixture by Brian Thompson accomplished.
5.2
Score
Popularity
Activity
Freshness
Get Trend Hunter Dashboard