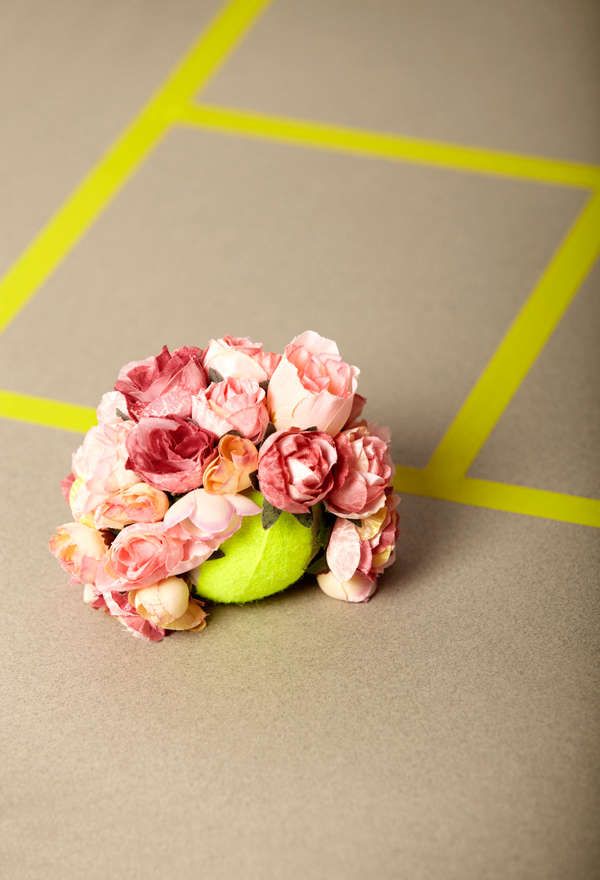 Meghan Young — July 11, 2013 — Lifestyle
References: anadominguez.es & trendland
Share on Facebook Share on Twitter Share on LinkedIn Share on Pinterest
The tennis ball has such a simple and happy existence even though it is hit violently on a daily basis; Open by Ana Dominguez, an artist based in Barcelona, Spain, as decided to give it a much-needed break and makeover. The series involves the sports equipment getting a designer treatment. Whether covered in flowers and crystals or made a little furrier and shinier, the tennis balls are turned into little works of art.

Commissioned by Mercedes Benz for the Mutua Madrid Open, Open by Ana Dominguez, who art directed the series, was created in collaboration with ten Spanish fashion designers. The resulting creations were playfully shot on colorful surfaces by photographer Coke Bartrina. No one will be able to look at a tennis ball the same way again, in a good way.
2.1
Score
Popularity
Activity
Freshness
Get Trend Hunter Dashboard