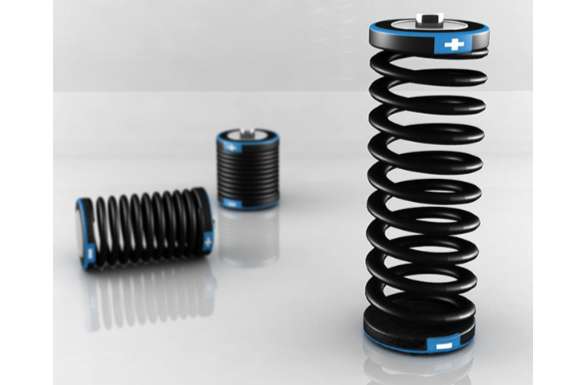 The One = Two Battery Can Double the Life of Your Device

Amelia Roblin — December 10, 2011 — Unique
References: red-dot.sg & yankodesign
It always seems that batteries die too soon, so an idea like that of the One = Two Battery is attractive. Without proposing the redesign of conventional fuel cell compartments in common gadgets, this Red Dot Design Concept winner can pack twice as much power into the space for a single AA source.

This is made possible by the flexible form of the chemical shell which rests snugly within the standard width and length of of its solid counterparts. However, the coiled structure allows it to be compressed to half of its reach so that two of such springy cells can be installed in one cylindrical cavity. Designed by Liu Yuan, Meng Xun, Huang Kun and He Ting, the One = Two Battery incorporates the same metal terminals for maximum compatibility, but when paired they can last double the time between replacements.
2.9
Score
Popularity
Activity
Freshness