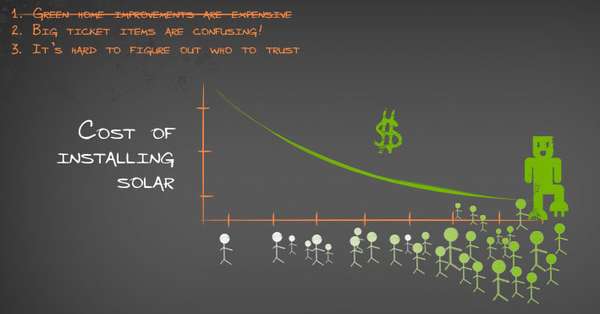 Bianca — February 22, 2012 — Social Good
References: 1bog.org
If you could get a discount on solar power by teaming up with your neighbours and friends, would you switch over? 1BOG is working toward giving home owners in North American that option.

The San Francisco social enterprise -- which stands for "One Block Off the Grid" -- lets customers check out deals in their area, get a free estimate and sign up to start running their homes with cleaner, greener energy.

It was started by a couple who decided they want to switch to solar, and after doing the research and setting it up, were approached by dozens of other people in the area who wanted to go solar as well.

At time of writing this article, 1BOG, a self-proclaimed "mission driven for-profit" has 121,239 members across North America.