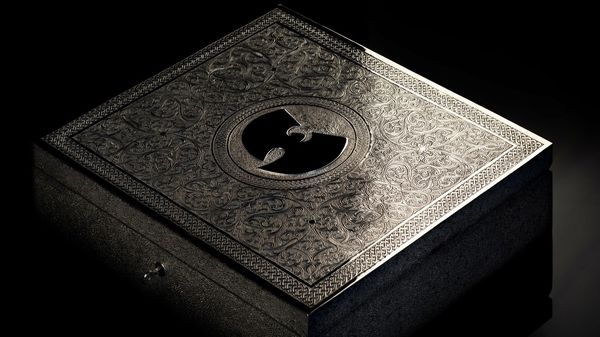 Laura McQuarrie — March 29, 2014 — Pop Culture
References: scluzay & forbes
It’s extremely unlikely that you’ll ever get your hands on the new Wu Tang album, 'Once Upon a Time in Shaolin,' considering that only one of them will ever be sold. In the music industry, CD sales are dwindling and it’s difficult to get fans to buy a physical album copy, but this kind of exclusivity makes Wu Tang’s latest a highly prized physical album.

Aside from being just one in the world, Wu Tang took care to make the album even more special by having artist Yahya (who has previously been commissioned by royal families) create a casing for it over the course of three months.

Like a true piece of art, it’s expected that Once Upon a Time in Shaolin will be a purchase in the multi-millions. Although you might never get to own the secret Wu Tang album, its producer Tarik "Cilvaringz" Azzougarh plans to put it on display at galleries, museums and festivals and let people view it, for a price.
4.8
Score
Popularity
Activity
Freshness