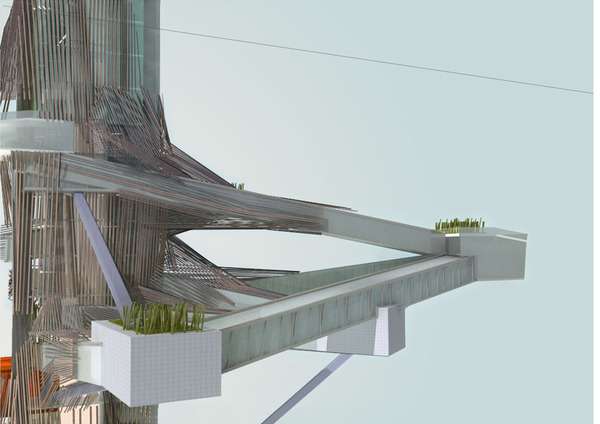 Amelia Roblin — May 13, 2011 — Eco
References: behance.net & ecofriend
Share on Facebook Share on Twitter Share on LinkedIn Share on Pinterest
There are plenty of parallels to be drawn between fashion and architecture, and all proof is epitomized in the Omotesando Street Fashion Museum. The project was a competition entry to house a gallery of 20th century style that would succeed to become a major monument within the city of Tokyo, Japan.

Not surprisingly, this compelling concept won designers Nairi Abramian, Narine Gyulkhasyan and Anahit Hayrapetyan first prize for this landmark proposal that embodies great attention to the building envelope in a way that speaks to garments. Essentially increasing the scale generously, the team clad this anthropomorphic tower in a "woven gown" of fibers that act as solar tubes to aid the structure's eco efficiency.