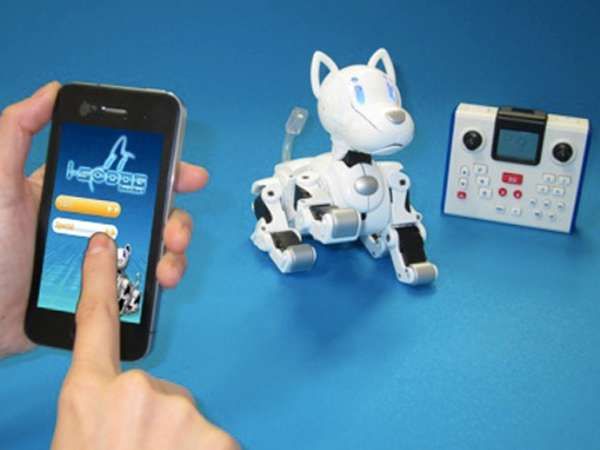 Michael Hines — June 17, 2012 — Tech
References: robots-dreams & dvice
Share on Facebook Share on Twitter Share on LinkedIn Share on Pinterest
Pet allergies and overbearing landlords may keep you from getting a real dog, but they can't keep you from owning an OMNIBOT i-SODOG. The i-SODOG is a robotic dog set to be released sometime in 2013 by the Japanese company Takara Tomy.

The OMNIBOT i-SODOG will be powered by 15 custom servo motors, and will be able to respond to voice commands and hand gestures. The robot dog will also feature a built-in motion detector, making it ridiculously lifelike. Takara Tomy's new robot will have a conventional controller, but it can also be controlled with a smartphone app. There is no word yet on the pricing of the OMNIBOT i-SODOG, but with all this advanced tech, it probably won't come cheap. Still, it's probably cheaper than buying and raising an actual dog.
3.1
Score
Popularity
Activity
Freshness
Attend Future Festival