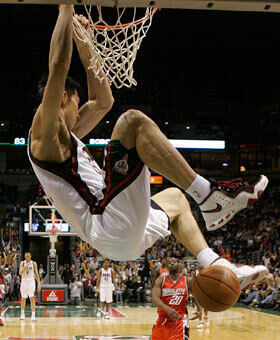 Bianca — May 27, 2008 — Lifestyle
References: forbes
Share on Facebook Share on Twitter Share on LinkedIn Share on Pinterest
Nike and Adidas are fighting to dress China's 2.6 billion feet, both brands taking advantage of the upcoming Beijing Olympics. The two leading sportswear companies are going head to head to deck the Chinese in their apparel, but its the footwear market they're targeting heaviest.

By the time the games hit, Adidas plan on having 4,000 stores in the country, including a monstrous, 10,000 square foot flagship in Beijing.

"Both companies expect the country to be its second-largest market, after the U.S., within a few years," Forbes says.

While Adidas is the official sponsor of the games, Nike is endorsing individual athletes. It's tough to say which approach is better.

"Adidas paid approximately $100 million in cash and merchandise donations for the partnership rights," Forbes says. "The company will supply apparel to athletes, staff volunteers and technical officials, plus sponsor interactive Internet gaming featuring several Chinese athletes, to place its brand in front of the crowd."

About a third of the competing athletes will just wear the Adidas gear on the medal stand, but Nike during game play. That means all the action shots will be in Nike gear, and aren't those the images that help boost a brand?

Referees, staff and about 2,000 athletes, however, will be in Adidas, so the German brand will be far more ubiquitous.
2.1
Score
Popularity
Activity
Freshness
Get Better and Faster