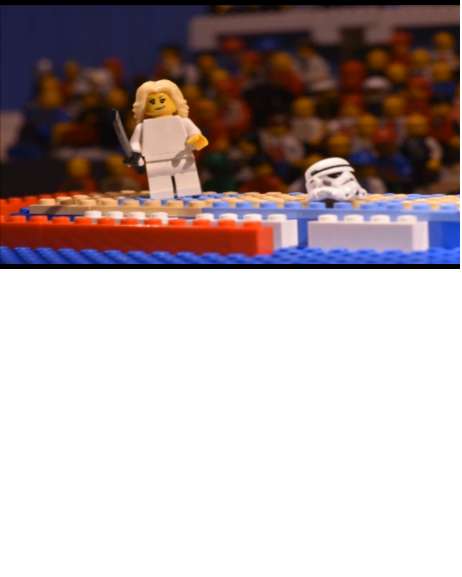 The Olympic Fencing Controversy is Explained Brick by Brick with LEGOs

Trenton Millar — August 1, 2012 — Pop Culture
References: guardian & deadspin
Share on Facebook Share on Twitter Share on LinkedIn Share on Pinterest
Did you miss the dramatic Olympic fencing controversy that occurred between reigning Olympic champion Britta Heidemann from Germany and 11th seed Shin A Lam from South Korea? Luckily, the highlights have been compiled so that you can catch up. This highlight reel, however, is made entirely with LEGO stop-motion animation.

Nearing the end of their semi-final match, Heidemann and Lam were tied. For some still unknown reason, the officials reset the clock to one second when it seemed the match should be over. In this one extra second, Heidemann delivered the match-winning touch.

Devastated, Shin A Lam appealed to the officials, and, after waiting for more than an hour, the officials upheld the original decision. Heidemann moved forward to the finals.