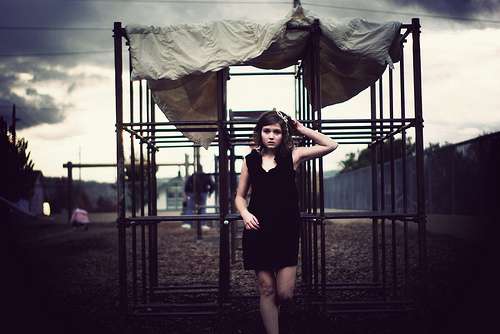 15-Year-Old Olivia Bee is a New and Buzzing Photographer

Tiana Reid — March 28, 2010 — Art & Design
References: oliviabee & dazeddigital
Olivia Grace Bolles, or just Olivia Bee, is one of the “Art Stars” for the Converse/Dazed 2010 Emerging Artists Award. What sets her apart from the bulk of the up-and-comers, though, is her youth. Commending Ryan McGinley as an inspiration, this 15-year-old photographer from Portland, Oregon, shoots diary-style photos of her friends and family.

But don’t expect any less because of her youth; Olivia Bee’s mature photography has already been featured in several magazines including Seventeen, Frankie and American Photo. For Olivia Bee, her work serves as an emotional outlet as well as a documentary of her teen years.

"I'm inspired by the people around me – the interactions between my friends, and the interaction between people and nature,” says Olivia Bee, "but mostly just being a teenager is the greatest creative fuel for me.”
6.6
Score
Popularity
Activity
Freshness

Candid Childtography
'Children of the World' Captured by Stephan Faerber