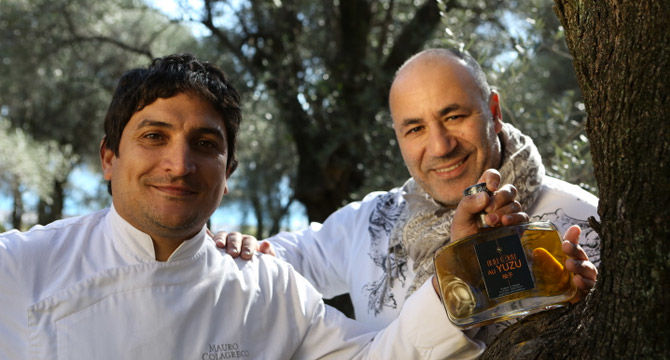 Joey Haar — January 4, 2017 — Lifestyle
References: chefs-olive-oil & oliveoiltimes
Producing olive oil is an ancient craft, but 'Chef's Olive Oil with Yuzu' harnesses those traditional techniques to put a modern, cosmopolitan spin on the classic cooking oil. The oil, produced by Huillerie St. Michel in France, is infused with yuzu, a Japanese citrus fruit similar to grapefruit with overtones of mandarin orange.

Yuzu is native to Japan, and there are select foreign places around the world that it can grow. Menton, a town on the French-Italian border with a coastal microclimate, is one of those places. Yuzu grows in abundance in Menton, making it easy for Huillerie St. Michel to harvest them for its Chef's Olive Oil with Yuzu.

In terms of taste, the producers "aim for a fruity oil but most importantly it must not have an overly dominant citrus taste; the mix must be subtly controlled to get that unique...mix of citrus fruits," according to Karim Djekhar, the owner of Huillerie St. Michel.
2.1
Score
Popularity
Activity
Freshness