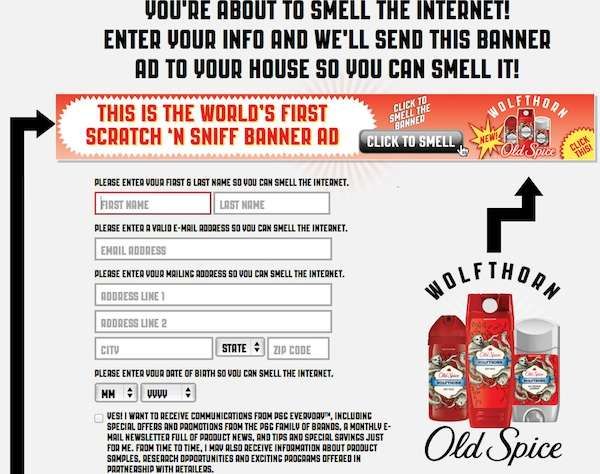 Old Spice created this ingenious advertisement in collaboration with creative design agency Wieden + Kennedy to launch its new Wolfthorn line. Of course, the banner doesn't actually allow you to "smell the Internet," but this ad is a super-savvy marketing device. After sparking the curiosity of their customers, Old Spice ask visitors to fill out their contact details, so that they can mail them the sniffable banner.

After making its debut on satirical news website 'The Onion,' this Old Spice ad has piqued the interest of the public, who are curious to try out something new.