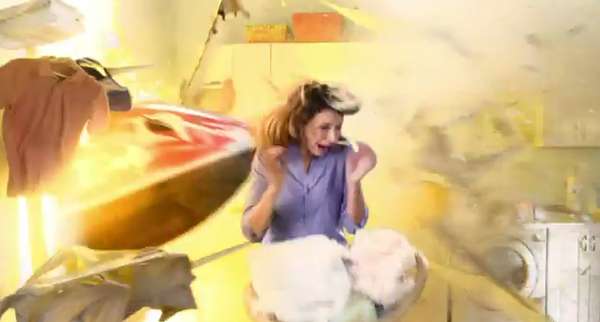 Developed by Wieden + Kennedy and directed by Tim Heidecker and Eric Wareheim of Tim and Eric, the amusing Old Spice co-branded ads were created for the body spray's 'Smell is Power' campaign. In the first spot (shown here), a soft-spoken woman is presenting the Bounce Dryer Bar, when suddenly Terry Crews, the popular Old Spice spokesman, crashes into the room on a jet ski. He screams, "Old Spice is so powerful, it sells itself in other people’s commercials!"