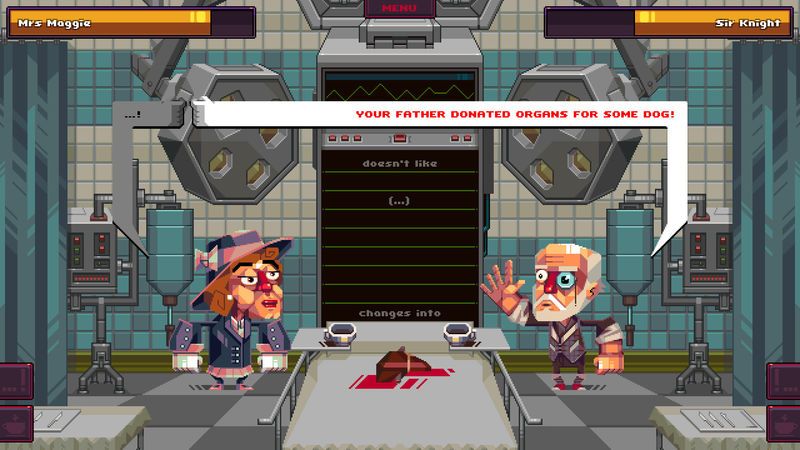 'Oh...Sir!' is a Video Game in Which Playable Gentlemen Insult Each Other

Joey Haar — October 26, 2016 — Tech
References: store.steampowered & engadget
Share on Facebook Share on Twitter Share on LinkedIn Share on Pinterest
In 'Oh...Sir!,' players have the opportunity to take out their aggression on one another without having to resort to the violence that is endemic in most fighting games. That's because, in the indie title, characters duel not with their fists, but with their words.

Rather than being set in realms of magic or science fiction, Oh...Sir! is set in England's past. In the game, Victorian gentlemen and ladies face off in bouts of insults, hoping to besmirch each other's honors. The game is structured like a classic beat-em-up, with health bars and several flat backgrounds for levels.

In terms of gameplay, Oh...Sir! has a communal pool of words and phrases that both sparring gentlemen can pull from. The character that inflicts the most cutting (or, more often, the most sensical) insults deals the most emotional damage and comes out victorious.
3.5
Score
Popularity
Activity
Freshness
View Innovation Webinars