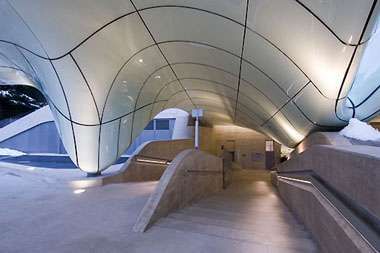 Off the Rails Austrian Design by Zaha Hadid

Implications - Railroads have not traditionally been given much attention in terms of aesthetically appealing design, but architects and designers like Zaha Hadid are changing that. With a renewed interest in aesthetics among designers and consumers, architectural and city design have become as much about beauty as they have about function.
1.9
Score
Popularity
Activity
Freshness
Jeremy Gutsche Keynote Speaker