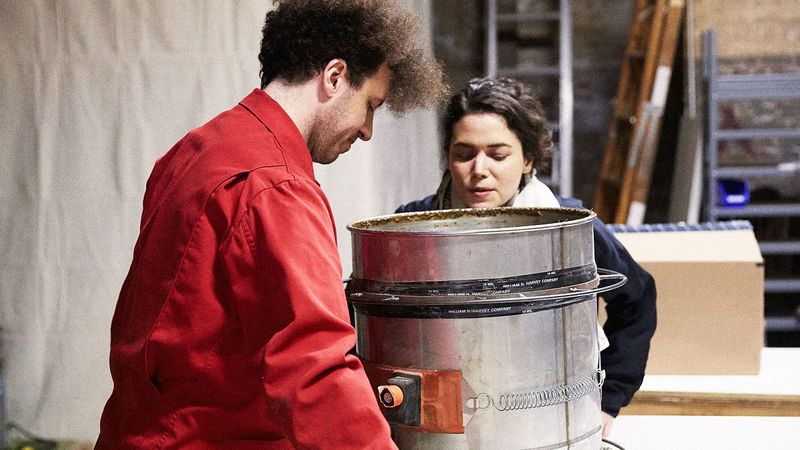 This Startup is Turning Food Waste into an Odorless Fertilizer

Katherine Pendrill — May 9, 2016 — Eco
References: industrialorganic.co & fastcoexist
'Industrial/Organic' is a New York City startup that is working on a way to turn food waste into an odorless fertilizer. One of the problems faced by large cities such as New York is the amount of food and organic waste sent to landfills each year. This startup is attempting to make better use of the city's organic waste by turning it into fertilizer instead.

Industrial/Organic is a recycling facility that aims to "rapidly process organic waste with low odor and emissions." While other composing facilities have shut down due to foul odors and lengthy processing times, Industrial/Organic relies on a special fermentation process that is quick and efficient. Essentially, food waste is pickled and turned into biomass pellets that can be reused as odorless fertilizer and wastewater. This process only takes about a week, as opposed to several months.

While the startup has currently been testing its process outside the city limits, it may soon begin operating within New York City itself.
5.2
Score
Popularity
Activity
Freshness