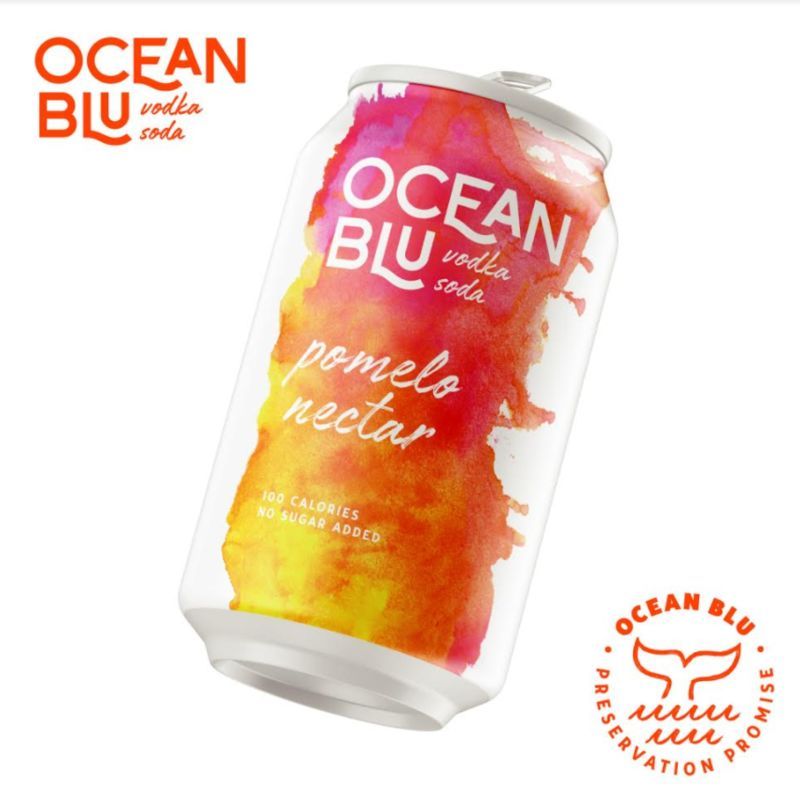 Ocean Blu Supports Environmental Causes and is Low in Calories

The brand uses the slogan "Drink well and do good with Ocean Blu Vodka Soda," speaking to its goal to provide support to ocean conservation efforts by donating a portion of its proceeds to these initiatives. In addition, the drink's plastic-free and recyclable packaging ensures that no animals will get caught in it and that it will not pollute waterways. Every time a consumer buys a six-pack, the brand donates $0.25 to an initiative that benefits oceans, waterways, and marine life. The brand has also partnered with the Vancouver Aquarium to be a part of its Ocean Wise initiative, and carries the "Preservation Promise" badge, a sign of its dedication to maintaining a clean and healthy ocean,

Currently, there are two flavors of Ocean Blu available: Pomelo Nectar, which has a light citrus flavor with a hint of nectarine, and Costal Berry, which has a fruity berry taste. In addition to tasting great, Ocean Blu Vodka Soda has just 100 calories a can, and no added sugar. The cans can be purchased at independently owned liquor stores in BC.
5
Score
Popularity
Activity
Freshness
Jeremy Gutsche Keynote Speaker