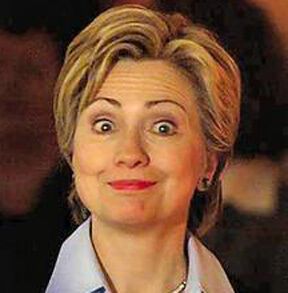 Marissa Brassfield — November 14, 2008 — Social Good
References: blogs.abcnews & reuters
Share on Facebook Share on Twitter Share on LinkedIn Share on Pinterest
President-elect Barack Obama has repeatedly referred to his desire to select a 'Team of Rivals' for his cabinet, and after reports that Obama met with Hillary Clinton yesterday, it's rumored that she's in the running for Secretary of State.

An appointment to this coveted position would utilize Hillary Clinton's existing relationship with foreign leaders; it would also put her in a far greater position of legislative power than the vice presidency would have.

The secret meeting between Barack Obama and Hillary Clinton has not been confirmed or denied by either camp, and Clinton has deftly deflected questions towards Obama's transition team.

In a Boca Raton, Florida town hall meeting earlier this year, Obama alluded to Doris Kearns Goodwin's book "Team of Rivals," which discussed President Abraham Lincoln's decision to appoint all of his rivals to key positions in his cabinet. Since Lincoln is one of Obama's inspirations, it's feasible that he would follow in Abe's footsteps and appoint Hillary Clinton to a key cabinet position.
1.9
Score
Popularity
Activity
Freshness
View Innovation Webinars

Political Spoofs as a Protest
Hillary Clinton for Sunsilk
play_circle_filled