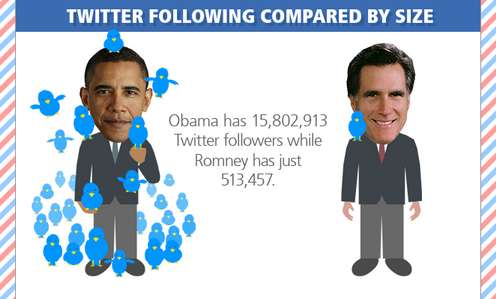 Where Obama has the youth vote, Romney has the money vote. While Obama has more women, youth and international residents and significantly more pull overall, Romney's general domination in the swing states and having an overall better cash influence is worth noting.

Another major factor to be taken into account is that Twitter is a relatively young enterprise, which may discount an entire voting demographic.
1.1
Score
Popularity
Activity
Freshness
Jeremy Gutsche Keynote Speaker