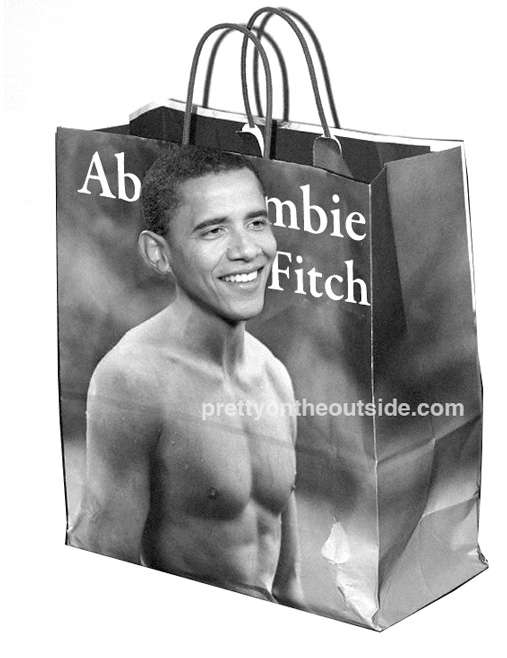 Three young guys, wearing tshirts with big Abercrombie & Fitch logos, stood directly behind the presidential candidate while he made a recent concession speech. The spot is a bulls-eye infront of the camera, and the fact that it is not one or two, but three Abercrombie & Fitch "models" make it a sure endorsement.

While it's a good strategy to appeal to the young voter demographic, it is just too blatant and in-your-face for my taste. What's next, Obama modeling on the next Abercrombie & Fitch billboards and infamous controversial magalog?

FYI, the main image was created by PONTO.