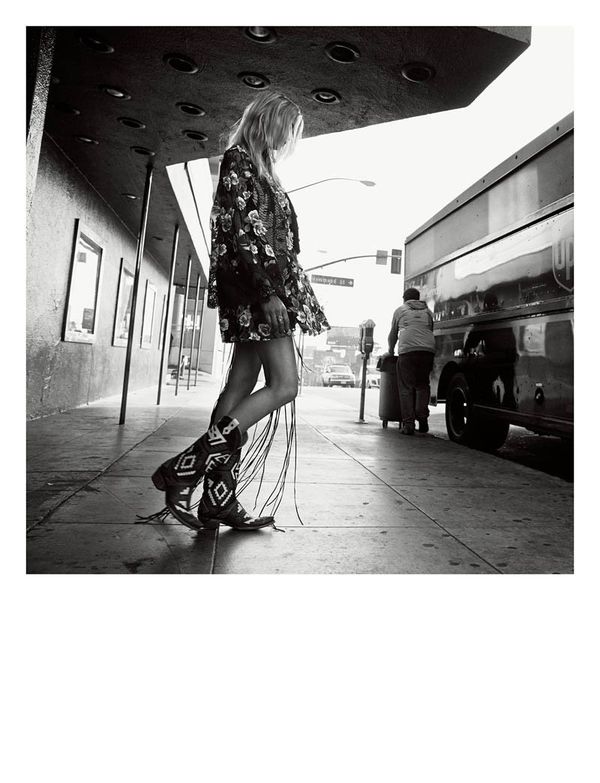 Meghan Young — March 31, 2014 — Fashion
References: numero-magazine & fashiongonerogue
The Numero April 2014 editorial takes the bohemian and cowboy look many stylists are advocating for the spring and summer seasons and sandwiches them together for outfits that are just as charming, if in an edgier sort of way. Captured entirely in black and white, the looks appear even more edgier than they actually are. In a way, another style is thrown into the mix as well: the rocker style.