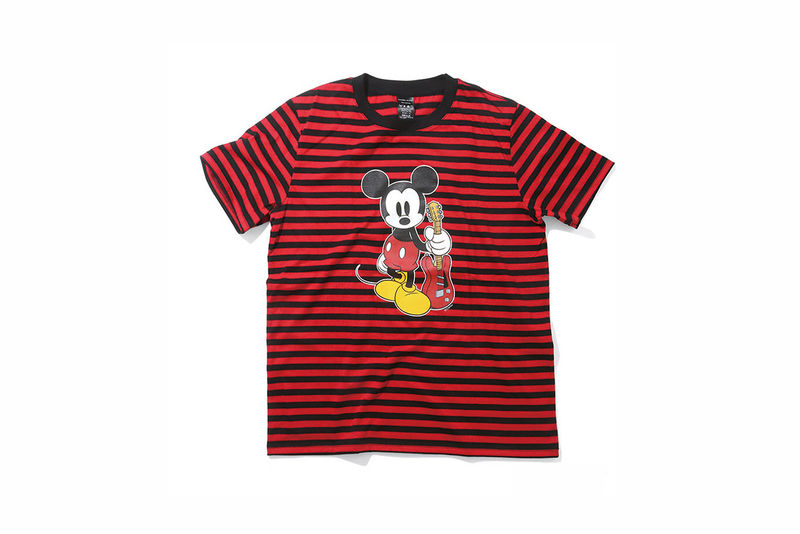 Riley von Niessen — November 23, 2016 — Fashion
References: n-nine-store & hypebeast
Share on Facebook Share on Twitter Share on LinkedIn Share on Pinterest
NUMBER (N)INE, a Japanese brand, joined with Disney to bring back one of its most iconic characters in a new form. Titled the 'Mickey Mouse Music ' collection -- tees, hoodies and hats show the character singing soulfully into a microphone, or posing with a guitar.

These graphics are included boldly on the fronts of all the pieces, however NUMBER (N)INE and Disney swap between using color and black and white ink for them.

Meanwhile, the apparel itself is either black or features a horizontal stripe pattern in either red and black or black and white. In addition, NUMBER (N)INE and Disney include two figurines as well, which are essentially 3D versions of the graphics.
2.6
Score
Popularity
Activity
Freshness
Get the 2021 Trend Report FREE