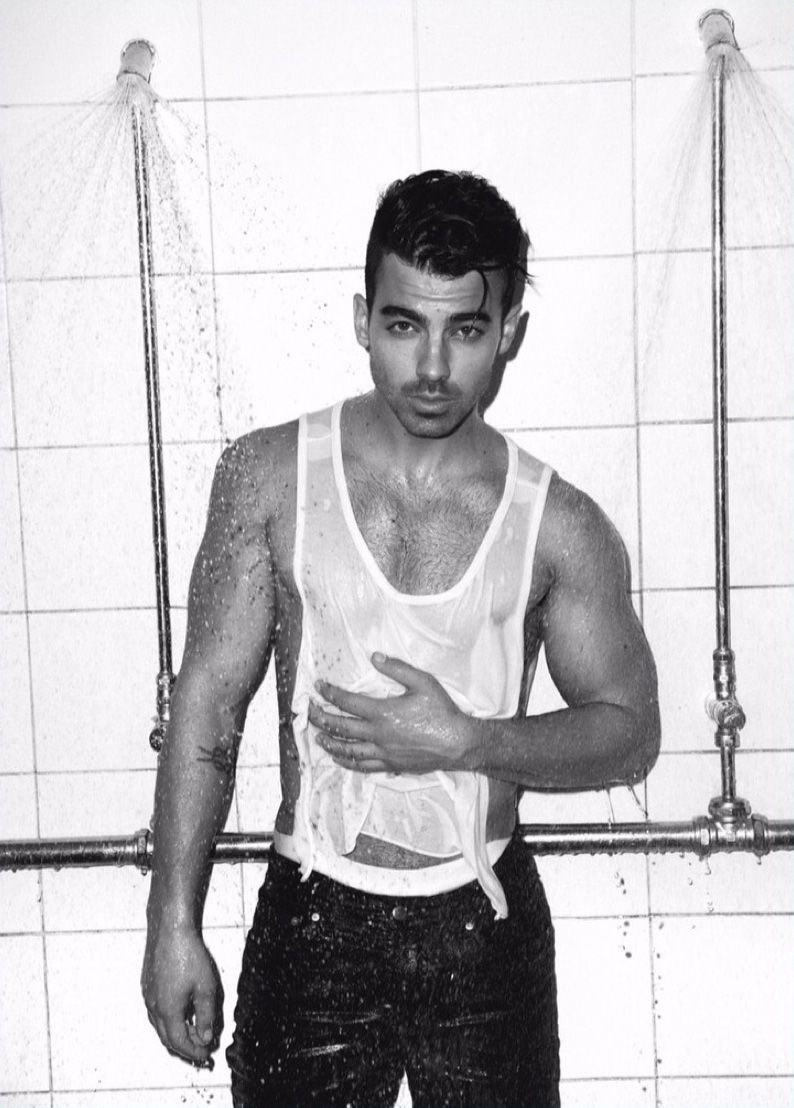 In addition, Joe Jonas was styled by the talented Joseph Kocharian. A selection of shots show the celebrity covered in water while he wears a white t-shirt and jeans, whereas others show him lounging seductively.

While relaxing on rough patches of grass, Joe Jonas sports a distressed denim vest. When shown on a bright purple bench, he wears an athletic Ralph Lauren tee and sits with his jeans unbuttoned. For the others, he's captured in a vibrant Wrestle Mania shirt and black jeans.