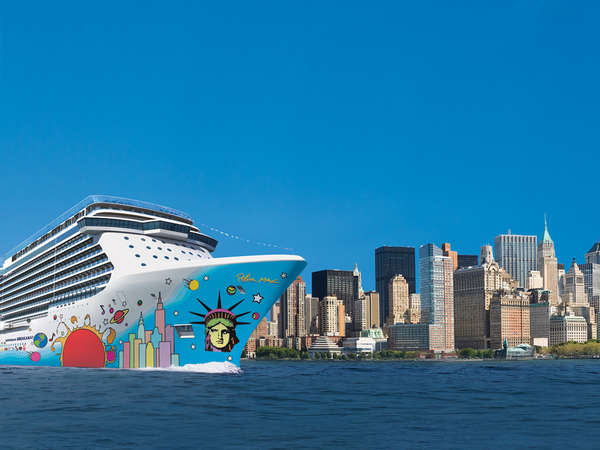 Meghan Young — January 11, 2013 — Art & Design
References: breakaway.ncl & psfk
The Norwegian Breakaway pays homage to its home port for the next year by embracing a New York City theme. Through its 'The Best of NYC Sails to Sea' campaign, it will feature the best the city has to offer, ensuring that guests aboard the cruise ship won't feel homesick while traveling the seas.