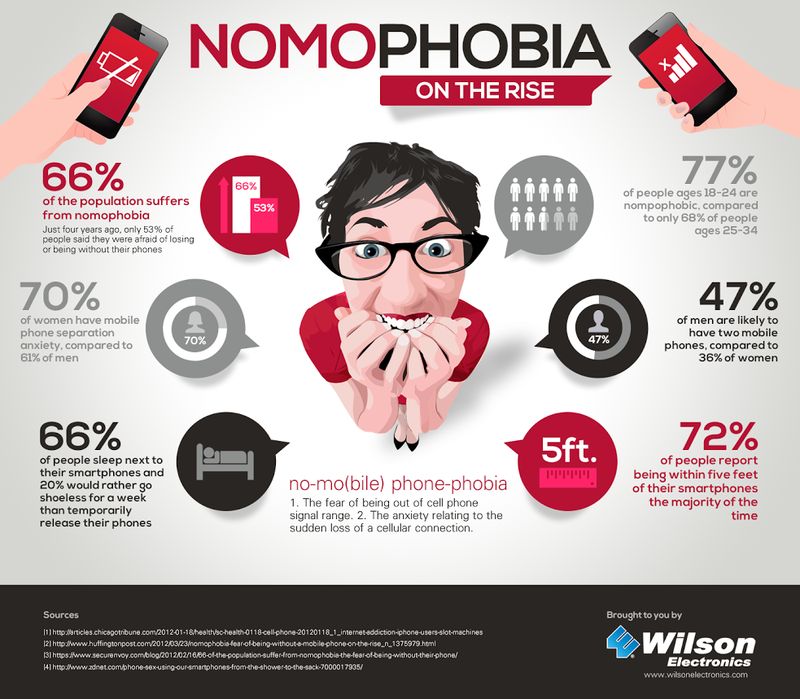 This Infographic Charts the Rise of Nomophobia Among Cellphone Users

Rahul Kalvapalle — July 21, 2014 — Tech
References: wilsonelectronics & endnomophobia
Wilson Electronics have put together a fascinating and disconcerting infographic that charts the rise of ‘nomophobia’, the fear of being without a cellphone or being out of cellphone signal range.

The infographic, titled ‘Nomophobia On The Rise’, claims that 66% of the population suffers from nomophobia today — a number that appeas to be rising every year. This distinctly 21st century phobia appears to inflict women more severely than men, and 18-to-24-year-olds more persistently than older age groups.

The phobia is extremely pervasive, so much so that 62% of women and 48% of men even admitting to checking their cellphones during sex.

Disturbingly, the infographic points out that a large percentage of people would rather go shoeless without a week than go without their cellphones for the same time.