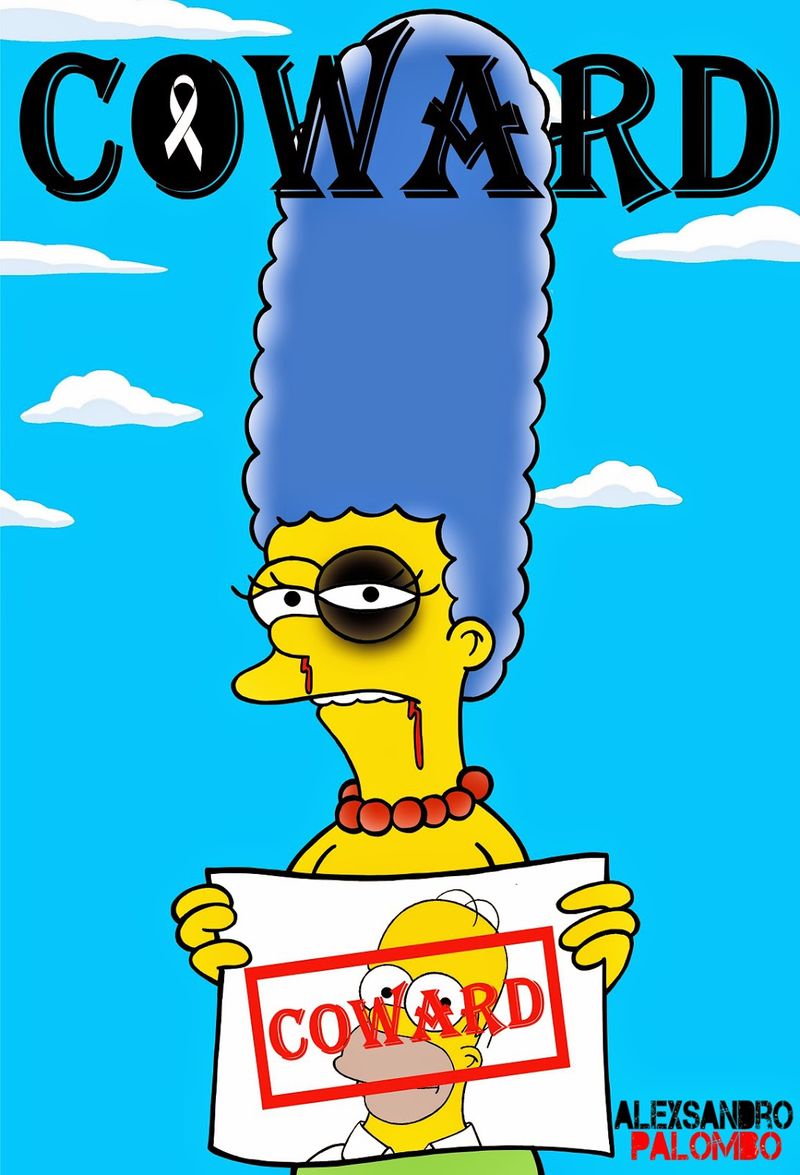 While both projects feature iconic cartoon characters, ranging from Popeye's Olive Oyl to the Disney princesses, 'Coward' features the bruised and bloody characters holding up an image of their so-called "prince charming" with the word "COWARD" stamped across the front.

Palombo explains, "Thousands of women are killed every year all over the world. Femicide is an unacceptable social issue. As a man, I feel ashamed of the behaviors of those who use violence against women." Survivors of domestic violence are often subject to "victim-blaming" and other shaming tactics ("why didn't she leave sooner?"). By branding men as the cowards, Palombo hopes to transfer the culpability to the abusers, instead of the abused.

Beauty Tutorial PSAs
The 'Don't Cover it Up' Video is Powerful