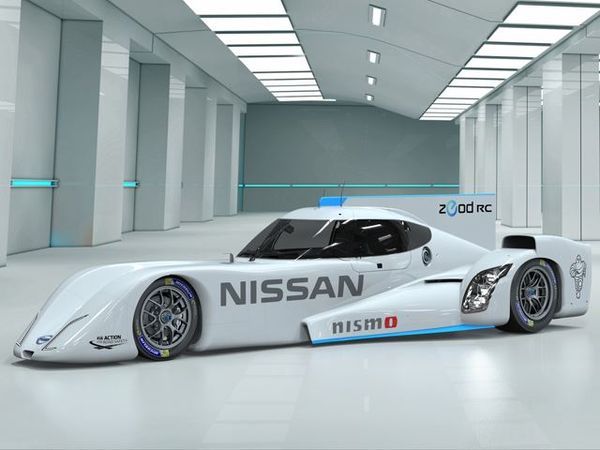 The Nissan ZEOD RC is Ready for Le Mans 2014

Michael Hines — October 22, 2013 — Autos
References: nissanusa & carbuzz
Share on Facebook Share on Twitter Share on LinkedIn Share on Pinterest
Those who closely followed the story of the Nissan DeltaWing might notice a few similarities between that car and the Nissan ZEOD RC. The ZEOD (zero emissions on demand) RC could very well be considered the evolution of the DeltaWing. It was designed with to be as light and aerodynamic as possible to make up for its lack of power. However, this concept is different from the DeltaWing in more ways than one.

For starters, the Nissan ZEOD RC has a closed cockpit. The biggest difference between the two rides is that the ZEOD RC is a plug-in hyrbid, sporting components similar to those found in the Leaf. Like the DeltaWing, this concept was built solely to gather data, not to actually compete in races. That being said, it is expected to compete at the 2014 Le Mans, although it won't be counted among the official race results.
0.6
Score
Popularity
Activity
Freshness
Attend Future Festival