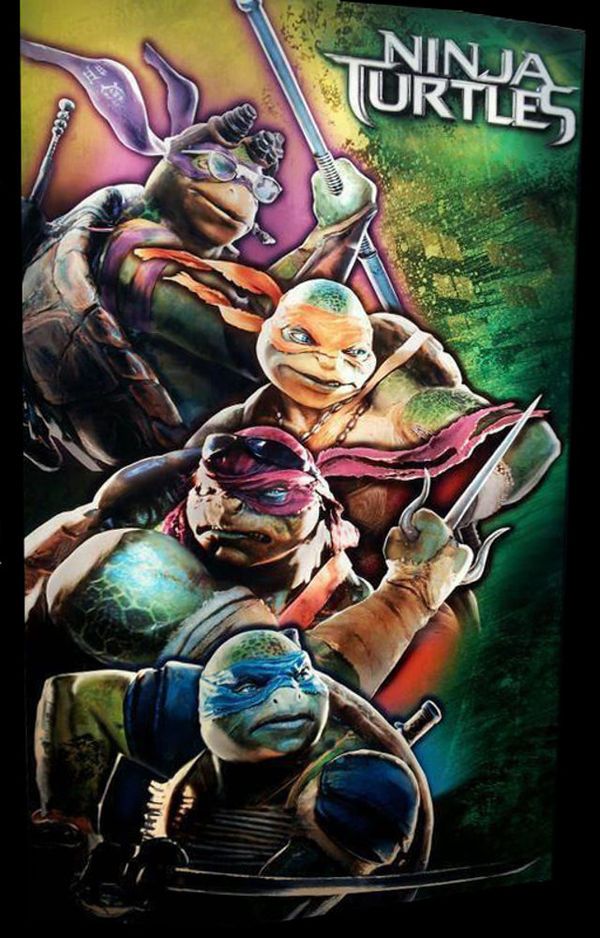 Angela Rajic — February 3, 2014 — Life-Stages
References: geekologie
Share on Facebook Share on Twitter Share on LinkedIn Share on Pinterest
The release of this Ninja Turtles poster for the new movie by Michael Bay finally showcases the new looks for the famous crime fighting turtles. They look leaner, tougher, edgier and a little darker than as they're usually remembered. Bay received much criticism for proposed alteration to the Ninja Turtle mythos that would turn the title characters into aliens, but this poster does show that the loo of the Turtles, at least, hues very close to their original look. The turtles wear the same colors and carry the same weapons they did in the cartoon, and they pose on the poster, as if ready to strike.

This Ninja Turtles POSTER will definitely increase the excitement and anticipation for this reboot of a beloved childhood classic.
2.9
Score
Popularity
Activity
Freshness
Access Advisory Services